Yesterday afternoon, we were out playing tourist again with Greg and Jan White. We’ve had a lot of fun hanging out with them, and because Greg has been doing all of the driving, I get to see a lot more than I do when I’m behind the wheel.

All four of us are big fans of singer/songwriter Jimmy Buffett, who I am convinced is one of the best in the world. His career stretches back over 40 years, and he still performs to sellout crowds everywhere he appears. Jimmy’s fans, who call themselves Parrot Heads, go back two and even three generations in some families.

In addition to his music, Jimmy Buffett is a genius at marketing, and has built a small empire with his Margaritaville Cafe restaurants, apparel lines, and other business ventures.

We had a nice lunch at the Margaritaville Cafe in the Flamingo Casino yesterday, and I took a picture of this replica of Jimmy’s Hemisphere Dancer seaplane.  The food was great, and we enjoyed watching videos of Jimmy Buffett concerts on the many TV screens in the restaurant. 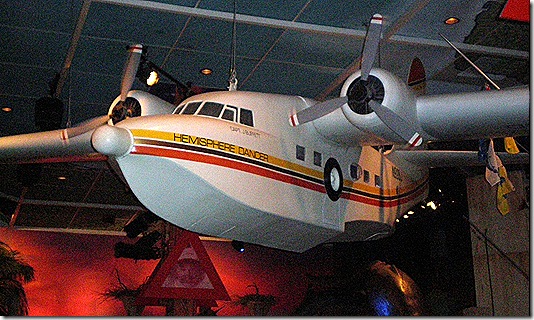 As we were leaving the restaurant after our lunch, we stopped to admire four beautiful macaws on a perch right outside the door. Twice in my life I have thought I wanted a parrot, and both times, less than a week after I got the noisy, dirty birds I was looking for a new home for them! 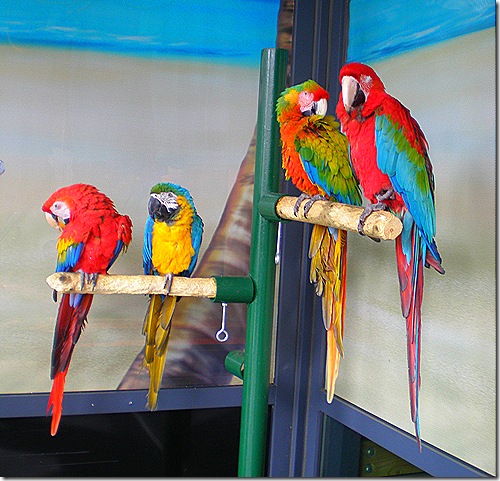 But, I sure do admire them at distance.  Isn’t this a handsome critter? 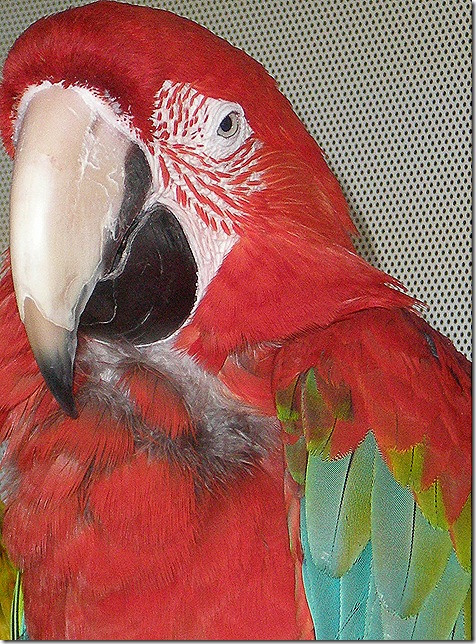 We cruised down the Las Vegas Strip, taking pictures of some of the neat buildings and attractions, including this giant Coca Cola bottle. That would really cool down a thirsty crowd on a hot Las Vegas afternoon!

The MGM is one of the older casino names in Las Vegas, and their regal lion statues are a Las Vegas icon. 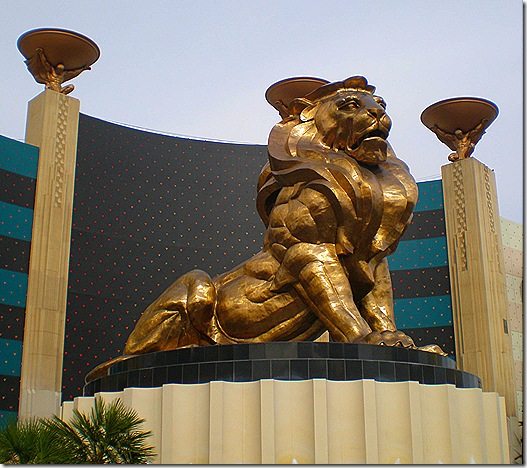 The Gold and Silver Pawn Shop has been in Las Vegas for decades, and is the setting for the popular History Channel reality show Pawn Stars, which airs on Monday evenings. Think of Pawn Stars as sort of an Antiques Roadshow for the working man. 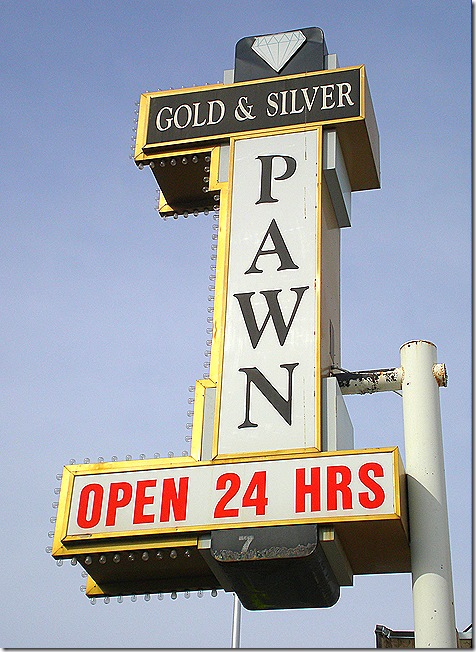 Since the program debuted last year, the pawn shop has become a tourist attraction, and when we drove by last week, there was a long line of people waiting to get inside. But yesterday, traffic was a lot slower all over town, and we walked right in.

The first thing we noticed is that the shop is much smaller in real life than it appears on television. Ahh… the magic of cinematography! This also is not like most pawn shops. There were no tools, electronics, cameras, or firearms on display, like you’ll find in most pawn shops. I’d say that 80 percent of the inventory was jewelry. They also sell a lot of souvenirs promoting the hit show.

One of the most popular members of the cast is the bumbling Austin Russell, know to one and all as Chumlee. Hmm… a big guy who is charming, clumsy, and named Russell? Could I have found a long lost cousin here? Miss Terry took a photo of Chumlee and me. Do you see any family resemblance? After Terry took the picture, we quickly moved away to let the folks behind us say hello and get his autograph. 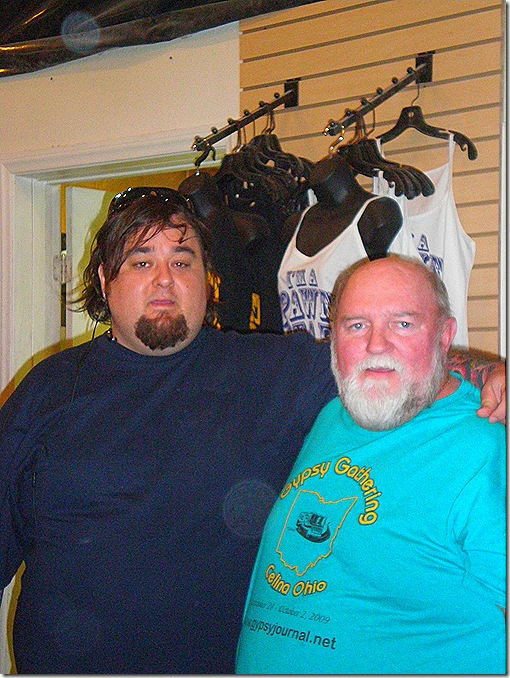 It was a great afternoon, with a lot of fun and some nice memories, and, of course, some laughs along the way. After we left the pawn shop, Greg was trying to find a gun shop we wanted to check out, and was trying to figure out which way to turn at one intersection, so I teased him about being lost. Greg asserted that he was not lost, he was just not exactly sure where we were, and where exactly we were going. Now, how could I resist an opening like that?

“So,” I said to Greg, “You don’t know where we’re at, where we’re going, or how to get there, but you’re in the driver’s seat?” I grabbed his hand and shook it and said “Nice to meet you, Mister Congressman!”

Bad Nick doesn’t have time to play tourist. He was back home pounding out a new Bad Nick Blog post, two days in a row! This one is titled Agree With Me Or Die! Check it out and leave a comment.

Thought For the Day – Frame every so-called disaster with these words ‘”in five years, will this matter?”

4 Responses to “Pawn Stars And Rock Stars Too”