One thing I really wanted to do before we left Las Vegas was visit Fremont Street for the Fremont Street Experience. Glitter Gulch, historic downtown Las Vegas, was where the gaming industry began, and the old casinos here paved the way for the newer, fancier paces further south on the Strip.

Glitter Gulch got its name both from the glitter of coins dropping into slot machines, and the glitter of the neon signs that light up the night like daytime. The big places on the Strip may have unique architecture and big name acts on stage, but downtown Fremont Street is still classic Las Vegas. 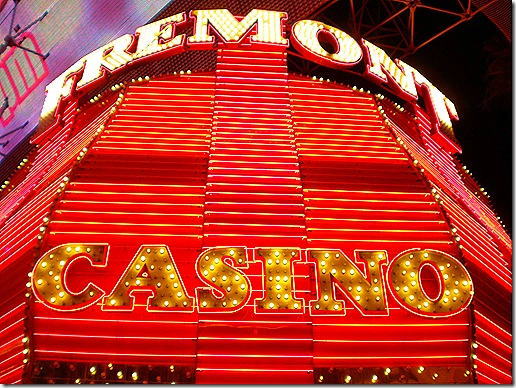 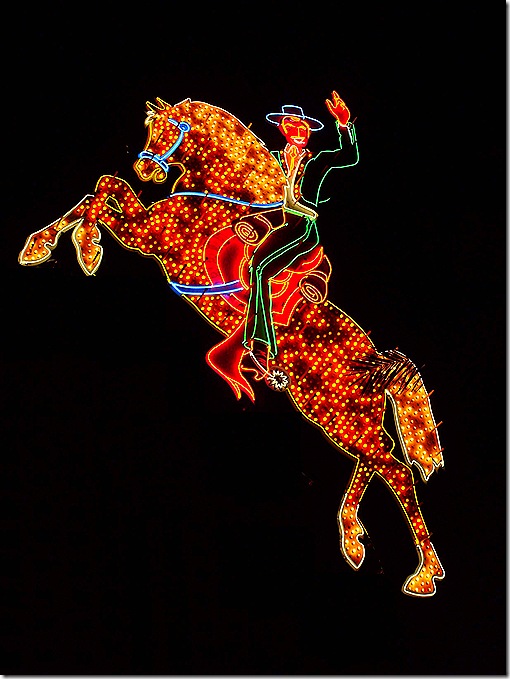 Never content to sit idly and watch the world pass them by, the folks who operate the old casinos downtown knew that they had to come up with an idea to compete with the new places springing up all over, and the plan they came up with is a winner.

Last night we decided to hit Fremont Street, and I’m really glad we did! To me, it was the best part of our visit to Las Vegas. The crowd was smaller than on the weekend, and we spent a couple of hours just soaking it all in. 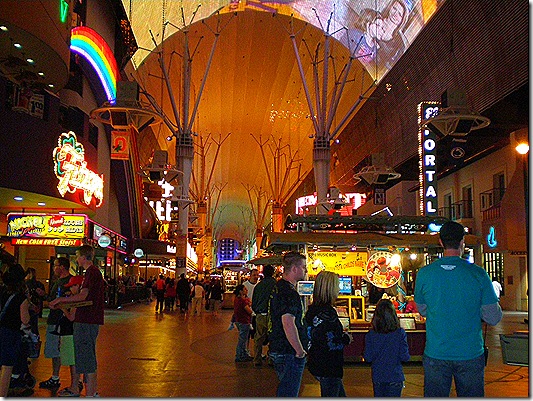 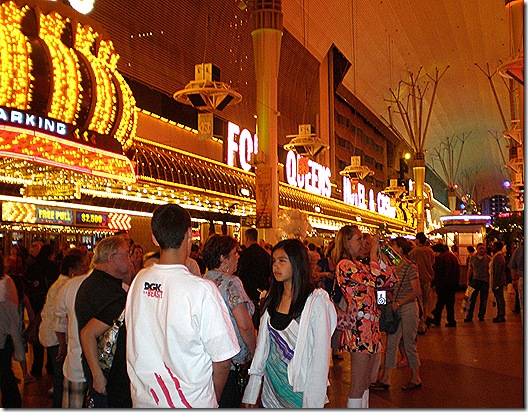 There are certain moments that define our lives, and one of them for me was when I came home from overseas. Several of us packed ourselves into a taxi for the ride from the airport to the base, and the car radio was blasting out a song I had never heard before, but came to know well, Don McClean’s American Pie.  The song is the anthem of the Boomer generation that grew up in the 1950s and 60s, and I never hear it without it taking me back to that late night taxicab ride.

So when the canopy above me lit up with a psychedelic display, and the words to American Pie started booming out of the huge speakers along Fremont Street, I was enthralled. I stood there, my head craned upward as images from the past were displayed overhead, tapping my toes and singing along to the music, a huge smile on my face. For a few moments, I was 19 again. I can’t explain it any better to you than to say that you have to experience it for yourself. I didn’t want the song to end. 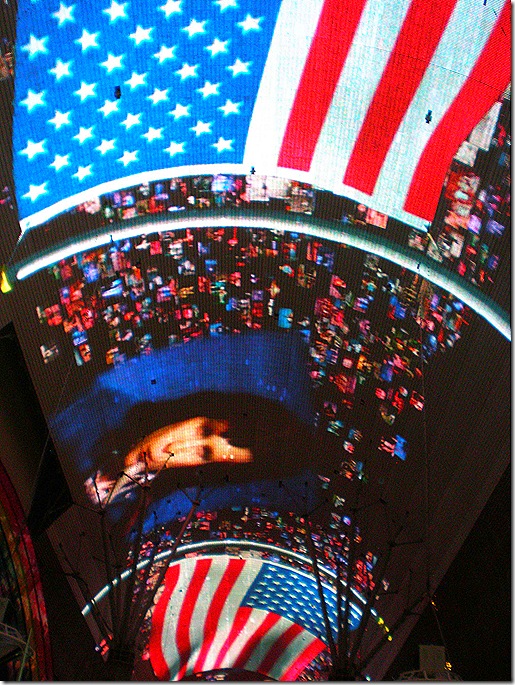 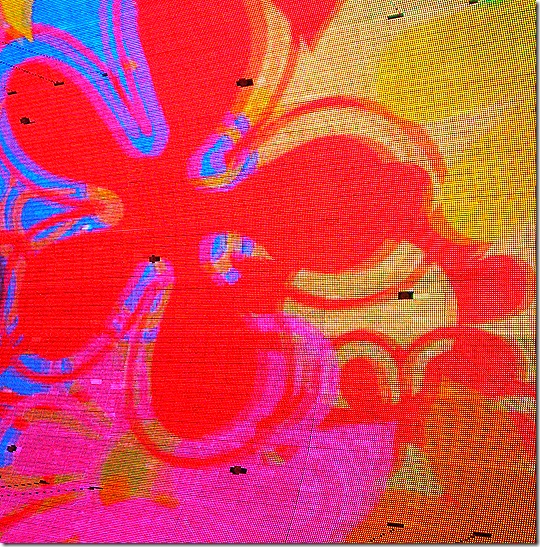 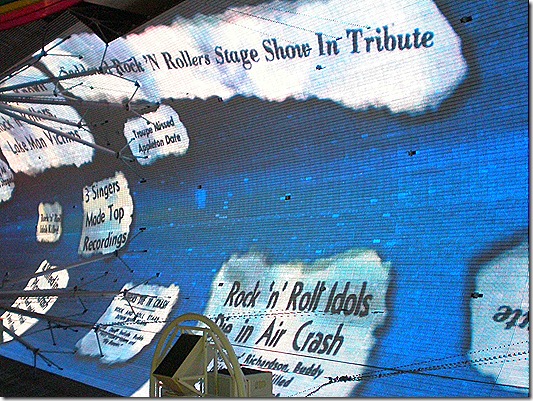 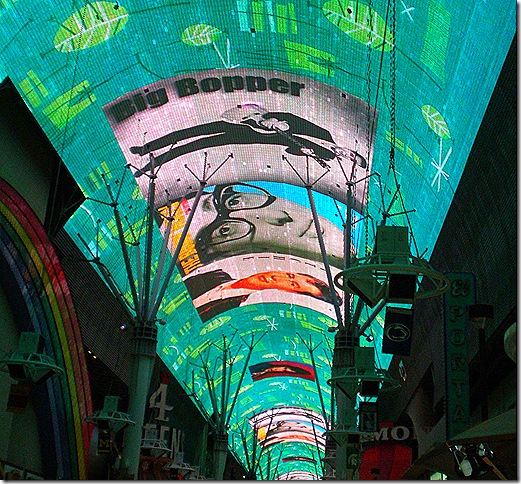 After the song was over, the lights came back on, and an all girl singing and dancing act came onto a stage to entertain us. They were a hit with the crowd, especially the young guys who all crowded up close to the stage for a better view. 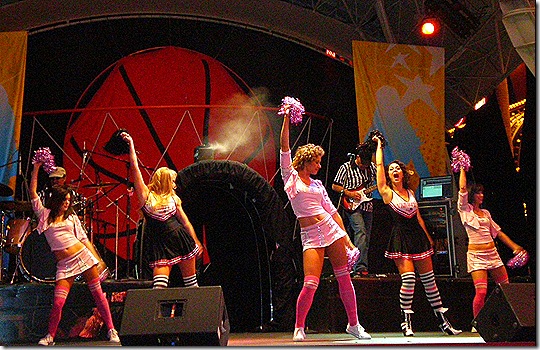 When the band ended their act, we just enjoyed people watching for a while.  For a buck you could pose for a picture with an Elvis character and his pals, or a Las Vegas showgirl. I thought that the girl beat Elvis and Austin Powers hands down. 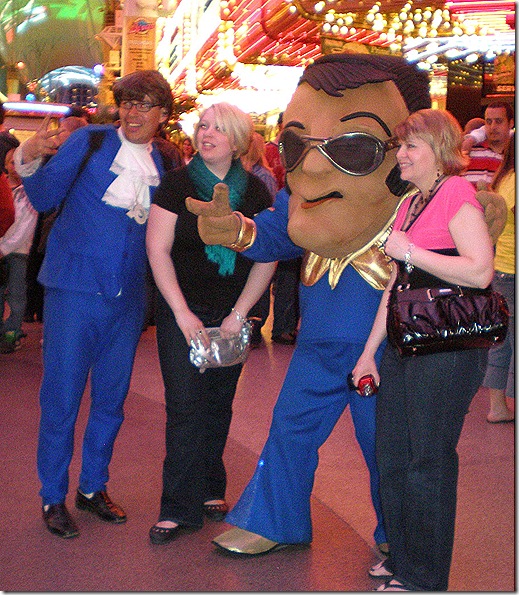 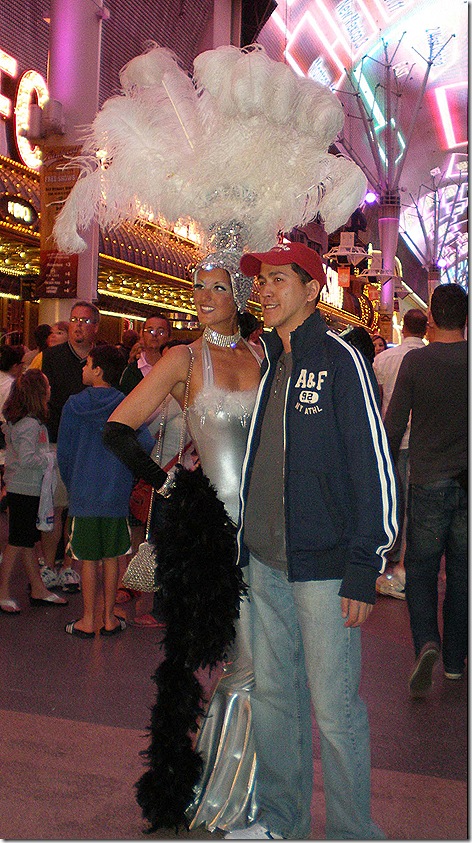 Later on, the lights dimmed again, and there was an overhead tribute to the Doors. It was good, but I didn’t like it nearly as much as I did American Pie. We could have hung around a while longer for a Queen tribute, but we were getting tired and decided to call it a night.

We are supposed to leave Las Vegas on Wednesday, but a storm system is moving through the area, and strong winds are predicted today and tomorrow, with gusts over 50 miles per hour. If the weather is that bad, we’ll either see if we can extend our stay here at Thousand Trails for a day or two, or find someplace else where we can wait until things clear up.

Thought For The Day – If both of our troubles were hung on a line, you would take yours and I would take mine.