Christmas morning we were up early again, and it was chilly enough that we really had to force ourselves out from under those warm covers. We really need to break this new habit of getting up so early! Mark and Sue Didelot were getting ready to go to a family Christmas celebration, and we wanted to see them off, and then get on the road to take advantage of the light holiday traffic through Houston. 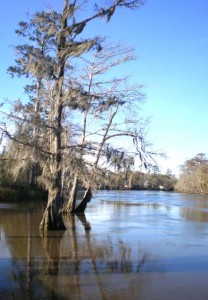 In spite of the cold, I walked down to the boat launch at White Oak Park to take a couple of photos of the Calcasieu River. I’d love to come back someday and kayak here, but only when it’s a lot warmer! I quickly took my photos and headed back to the motorhome.

We were on the road by 9:15 and enjoyed an easy drive west on Interstate 10, crossing into Texas and sharing the road with only a few cars along the way. I always dread driving through Houston, but this time around it was a piece of cake. There were a handful of cars and a couple of other motorhomes, but not enough to even mention. I don’t think we encountered one eighteen wheeler all day long.

On the west side of Houston we pulled into the Flying J truck stop for fuel, and wondered again who designs their RV islands. Whoever it is, he or she obviously has never driven anything bigger than an SUV! I wanted to get propane, but the only way to do so would have been to pull so far past the fuel island that we would have had to back up to get to it, which is not recommended when towing a dinghy. I decided (again) that we’d wait until we get someplace more convenient to get propane.

Back on the road, it was only another forty miles or so to Columbus and our turnoff. We took State Route 71 north 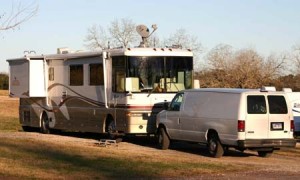 about four miles, turned left on a local road, and arrived at the Colorado River Thousand Trails Preserve about 1:30 p.m. We chose a full hookup RV site with 30 amp electric and got settled in. They have a few 50 amp sites, but none are full hookups, and we wanted to be able to take long showers, and Terry needed to catch up on laundry.

This is our third visit to this particular Thousand Trails campground in three years, and as much as we don’t like falling into ruts, it’s beginning to feel that way. But if you’re going to be in a rut, this is a pretty nice one! The campground is located on the bank of the Colorado River, and pecan trees at many of the campsites give visitors the opportunity to collect enough nuts to make some delicious treats. 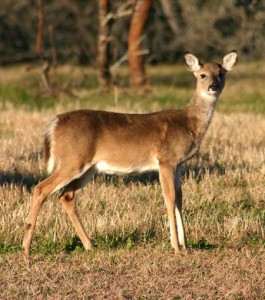 A large herd of deer live at the campground, and they have little fear of 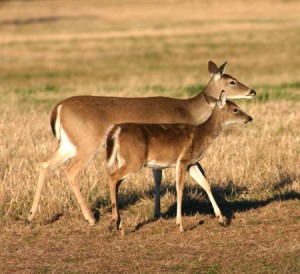 humans. They graze around the RV sites and pretty much ignore people, unless they get within a few feet of them. I couldn’t resist grabbing my Canon Digital Rebel and getting a few photos of our four legged neighbors.

We really, really need some downtime, and we don’t plan to do much the next couple of days except sleep late, watch TV, cruise the internet, and relax. Lucky me, Miss Terry considers baking peanut butter cookies, pecan pie, and her world famous cinnamon rolls very relaxing!

Thought For The Day – A man has reached middle age when he is cautioned to slow down by his doctor instead of by the police.