A while back I wrote a post about discount camping clubs, such as Passport America and Recreation USA. Today, let’s talk about membership campground systems.

A membership campground system on the other hand, is usually a more expensive proposition, and (according to the folks who sell the memberships) comes with benefits and privileges not available to the general public.

If you have ever attended a membership campground sales pitch, you probably know that the people hustling these memberships have hard sell down to a science. I’ve known more than one RVer who has walked out of the room after being pushed too far one time too many.

Years ago, after we attended one such sales presentation at a membership campground in Oregon, the sales rep came to our motorhome at 10:30 p.m. asking if we had made a decision yet, and telling us that if we did not purchase right then, we’d be “blackballed” and would never be allowed to purchase a campground membership from any company in the future. Can you guess where we told them to stick their membership?

Campground memberships can be very expensive, up to several thousand dollars, and annual dues can be $500 or more a year. The salespeople will assure you that your membership is an “investment,” and that if you ever decide that you no longer want it, it is a valuable asset that you can sell. Yeah, and once you do, I have a bridge to sell you with all of that money burning a hole in your pocket.

Used campground memberships are a dime a dozen, and with just a little research and effort, you can pick up a used membership for pennies on the dollar, or sometimes even free, because the current owner is tired of paying the dues. For example, a few years back we bought a used nationwide Thousand Trails/NACO membership with all the bells and whistles for $100, plus the transfer fee of $750.

You have to be careful when purchasing a used campground membership, because there are dozens of different memberships out there, and most membership systems have offered many different levels of membership, with different benefits, over the years. Do your homework before you buy any new or used membership. 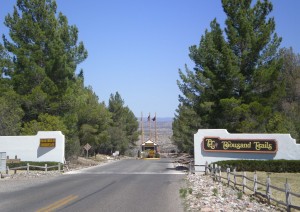 We belonged to Western Horizons for a short time years ago, and while we found most of their campgrounds to be more than adequate for our needs, their business practices left a lot to be desired, in our opinion. We soon left the system.

As I stated above, we picked up a used Thousand Trails/NACO membership a while back. We have stayed at TTN/NACO campgrounds in Arizona, Pennsylvania, Texas, Ohio, Indiana, and Tennessee. Some of the campgrounds are very nice, and others are outdated and in need of major upgrading.

I always tell new RVers not to obligate themselves to any membership campground system until they have been on the road at least a full year. It will take you that long to get out of vacation mode and begin to define your own traveling style.

When and if you do decide that a campground membership is right for you, research the different systems, and then look for a used membership. We found ours by putting a simple post on the Escapes forum saying that we were looking for a used TTN/NACO membership. I had over 15 different memberships offered to me by the next day.

You can also find used memberships in ads in the back of RV magazines, on campground bulletin boards, and even on eBay. But again, don’t spend a lot of money on a used membership. The seller may believe he really has an “asset” to sell. Wait until you find someone to whom the membership and its annual dues have become a liability and you can get a heck of a deal.

Thought For The Day – Let each day be your masterpiece!